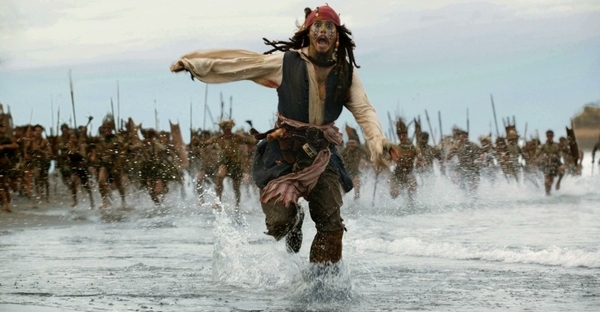 Everyone has those fandoms they used to be super invested in, and now are no longer a part of.

I’m relatively new to “book fandoms” because I never realized that there were fandoms for books… I also live under a rock.  So I’m just gonna list TV show fandoms I used to fangirl over.

I used to LOVE The Vampire Diaries. One of my sorority sisters got me into it my freshman year of college, and I binge watched all three seasons in a week. (RIP to all the time I had on my hands.) I watched Elena and the Salvatore Brothers every Thursday without fail, until the show took a sharp turn for the annoying. They would kill off characters only to bring them back a few episodes later, break up my favorite ships, write characters off the show and bring in new characters that we were supposed to be invested in… etc. When they killed off Elena, the main character of the show, I thought they were done for. Somehow they ended up doing 2 more seasons, ending with a mediocre at best finale. A sad ending to what used to be one of my favorite shows.

This one went up and down for me. Seasons 1 and 2 are my favorite. Lost interest in the middle, gained it back in the last season. Chuck and Blair forever, Dan is a twat.

I really liked this show when I watched the first season, I even got my boyfriend at the time into it. I lost interest in it in the second and third season, and I haven’t been able to get back into it.

I loved this show, and then they ended it after only two seasons, and on a cliff hanger too! It’s obviously not coming back, so I’ve let that ship sail. (But you can still watch it on Netflix!)

I still love this series, but I think it just got waaay over hyped for me. At first, I liked that everyone was excited about a series that I loved, but then it was all everyone would talk about. I think I just got sick of the Dystopian genre. I’ll still pick up the series to re-read, but I don’t think I’ll ever obsess over the fandom again. 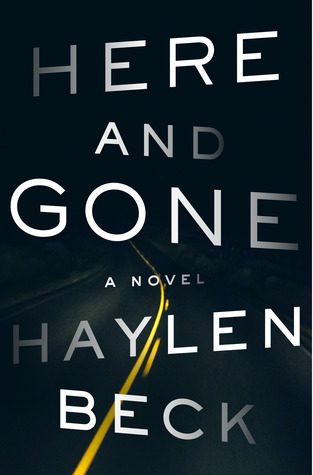 Goodreads Synopsis: Here and Gone is a gripping, wonderfully tense suspense thriller about a mother’s desperate fight to recover her stolen children from corrupt authorities.. It begins with a woman fleeing through Arizona with her kids in tow, trying to escape an abusive marriage. When she’s pulled over by an unsettling local sheriff, things soon go awry and she is taken into custody. Only when she gets to the station, her kids are gone. And then the cops start saying they never saw any kids with her, that if they’re gone than she must have done something with them… Meanwhile, halfway across the country a man hears the frenzied news reports about the missing kids, which are eerily similar to events in his own past. As the clock ticks down on the search for the lost children, he too is drawn into the desperate fight for their return.

Thank you to Penguin Publishing for an advanced copy in exchange for an honest review.

Imagine if your children were kidnapped by the people who were supposed to protect them. Who can you turn to, if not the police?

Eighteen months ago, Audra Kinney fled from her abusive husband, Patrick, with her two children, Sean and Louise. Patrick has since enlisted the help of Child Services in an attempt to gain custody of both Sean and Louise, and Audra is forced to take them and run. Her nervousness at being caught and shipped back to her husband has forced her to take back roads through small towns in order to avoid law enforcement.

However, on a desolate Arizona road, Audra is followed and pulled over by Sheriff Robert Whiteside. He states that her car is overloaded, which may cause problems for her on the bumpy road, and insists upon carrying some of her possessions in his cruiser to the nearby town of Silver Water. While transferring boxes, he “finds” a bag of marijuana in her trunk and arrests her for possession. He radios Deputy Mary Collins to watch Sean and Louise while things are being sorted out, all the while assuring Audra that everything will be okay.  Upon being booked at the police station, Audra asks after her children; Sheriff Whiteside responds “What children?” Her nightmare has begun.

From continual false accusations to manufactured evidence, Audra is fighting an uphill battle against law enforcement. She is vilified by the media and her husband, both of whom use her troubled past as motive for murder. Audra has no one to turn to, no one who believes her story. All the while, time is running out for Sean and Louise, who are being auctioned off to the highest bidder…

With a realistic plot line and alternating POV chapters, this story is not for the faint of heart. I flew through this book in a matter of hours, and I think it would make a great beach read. The ending was a little dissatisfying and the story did not have much depth to it, but it was endlessly entertaining. I can definitely see this being turned into a film in the future. Haylen Beck has created an intense, fast-paced thriller that will keep you on the edge of your seat until the very end. Catch it when it comes out on June 20th 2017.

I’ve always been a re-reader. If I loved a book the first time, I liked taking the time to come back and visit a world I once called home. I loved the comfort of reading something I knew I loved, the way the pages wore and the crinkles of the spine.

I haven’t been re-reading so much lately, but I think its interesting to go back to a book you loved as a kid to see how your tastes have changed. Something that seemed really interesting to me as a kid, isn’t so interesting now. I still appreciate the books I loved earlier in life, but I think its interesting how my tastes and preferences have evolved over time. It’s also fun to go back to books I found quite difficult at one point, because I have found that they are not so difficult anymore. (Part of growing up and brain development, I suppose.)

I’ve learned to view books with a more critical eye as well. I find issues with books now that I didn’t notice when I was younger. While they are still some of my favorites, it’s interesting to see what I notice about them now vs. what I noticed as a kid or teenager when I first read them.

Who else is a re-reader? What are your favorite books to re-read?

“All that is gold does not glitter,
Not all those who wander are lost;
The old that is strong does not wither,
Deep roots are not reached by the frost.”

“It was Kitty’s turn to sleep with her head at the foot of the bed. She didn’t mind; she preferred it, actually.”

Read on to find out which book this extract is from… 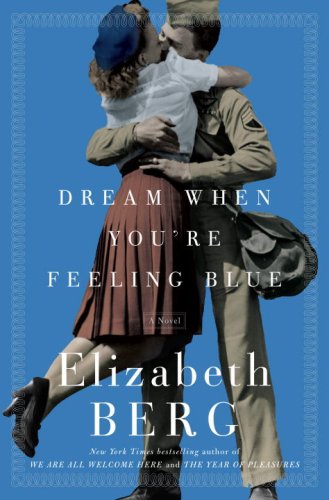 New York Times bestselling author Elizabeth Berg takes us to Chicago at the time of World War II in this wonderful story about three sisters, their lively Irish family, and the men they love.
As the novel opens, Kitty and Louise Heaney say good-bye to their boyfriends Julian and Michael, who are going to fight overseas. On the domestic front, meat is rationed, children participate in metal drives, and Tommy Dorsey and Glenn Miller play songs that offer hope and lift spirits. And now the Heaney sisters sit at their kitchen table every evening to write letters–Louise to her fiancé, Kitty to the man she wishes fervently would propose, and Tish to an ever-changing group of men she meets at USO dances. In the letters the sisters send and receive are intimate glimpses of life both on the battlefront and at home. For Kitty, a confident, headstrong young woman, the departure of her boyfriend and the lessons she learns about love, resilience, and war will bring a surprise and a secret, and will lead her to a radical action for those she loves. The lifelong consequences of the choices the Heaney sisters make are at the heart of this superb novel about the power of love and the enduring strength of family

I first read this book my freshman year of college, and I remember really liking it. Although, it took me forever to finish even though it isn’t that long… 276 pages. All I can say about it was that it was adorable and I read it during my epic reading slump that lasted about 6-7 years or so. Which, clearly, indicates that I need to read it again.

Luna is one of my favorite minor characters, simply because she is unapologetically herself. Luna is wholeheartedly and unabashedly Ravenclaw, and she doesn’t attempt to conform to social norms in the very slightest. Her dreamy disposition and flighty nature make her the opposite of the inflexible and logical Hermione Granger, (my favorite major character) and her “Luna-isms” provide endless entertainment.

Finnick is a mountain disguised as a mole-hill. Meaning that I immediately judged him as being some self-absorbed narcissist, but he turned into a very complex character with a strange affinity for sugar cubes. #Cavities 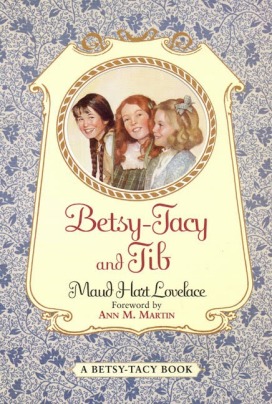 Tib was one of my favorite minor characters throughout this series because she was simply fearless. She didn’t conform to the social norms of the time, and presented herself as a strong woman who didn’t need no man (in the most Victorian era way possible.)

Magnus Bane (City of All the Things)

Magnus Bane is the sparkly comic relief I never knew I needed. He’s lived hundreds of years without giving any fucks, and it is evident in his demeanor. (Goals, honestly.) Also, Malec is everything.

Do I need to explain myself here?

Miriam Shephard (A Discovery of Witches)

As most of you may already know, there was a suicide bombing at the Ariana Grande Concert in Manchester, England last night around 10:30 PM. At this point in time, it has been reported that at least 22 people have been killed and more than 50 are injured. Isis has claimed responsibility for the attack, although it has not been confirmed. Authorities have arrested a 23 year old man in connection with the attack, and believe that they have identified the man who carried out the attack. Three of the victims have already been identified, the youngest being an 8 year-old girl named Saffie Roussos, but many are still missing. 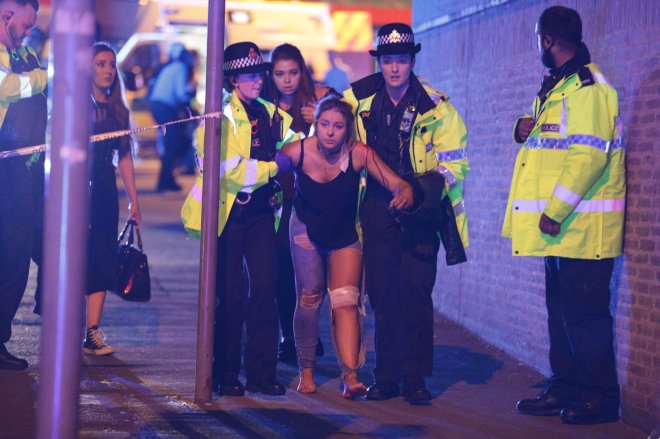 However, amid the horrifying events of last night, the people of Manchester took action. They opened their homes, their businesses, their livelihoods to the survivors and first-responders to the attack. Taxi drivers flooded the area to give free rides to survivors. Because for every one act of evil, there are a thousand more of love, courage, and compassion. 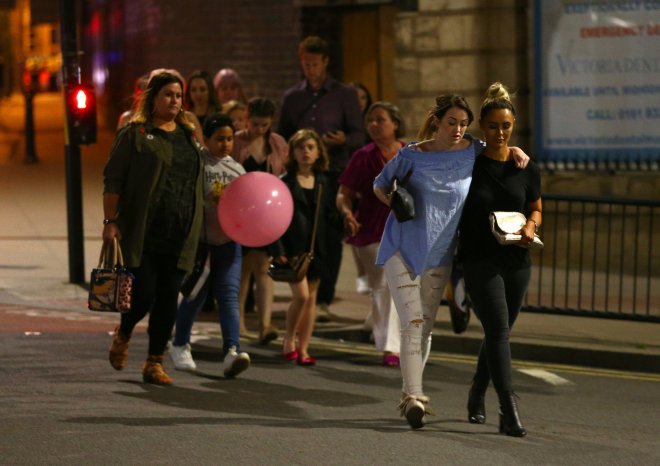 The familiarity of the occasion makes the events of last night all the more terrifying, and I struggle to put into words the emotions I am feeling. How many concerts have you been to? How many movie theaters? How many sporting events in packed arenas? Situations that give us no cause to fear for our lives, or the dangers that lurk outside. And yet, that liberty has been taken away. On another night, at another event, we could have been the victims.

I’m heartbroken, and all I can offer is solidarity and prayer. Today, we hug our loved ones a little tighter, pray for the end of terrorism and hate, and remember that 22 innocent, smiling people went to a concert last night and will never come home again.

My thoughts and prayers are with the victims and their families, as well as Manchester and England as a whole. 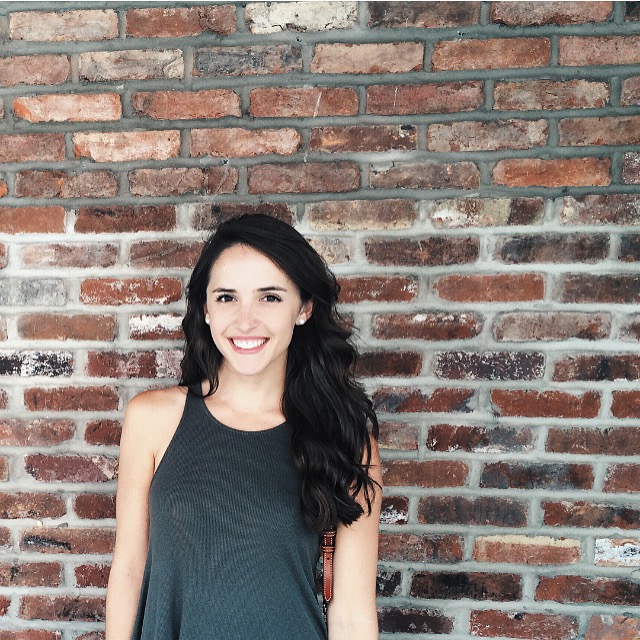